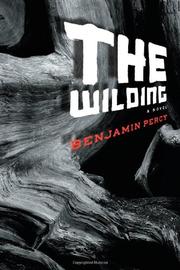 Percy returns to the high desert and dense woods of central Oregon for his study of the Caves family. They live in Bend. There’s old man Paul, the hands-on owner of a company that builds cabins; his son Justin, burnt-out high-school English teacher, married to Karen, a dietitian; and Graham, their 12-year-old. They’ve been having problems. Paul’s recent heart attack has intensified his blustering machismo; Karen’s miscarriage has soured their marriage. Paul wants to revive a family tradition: a hunting expedition to Echo Canyon. It’s their last chance before the canyon disappears, victim of a major development. So the three males set off, leaving Karen behind; she loathes her father-in-law. A dark outcome is foreshadowed. There’s a TV report of a grizzly mauling two teenage girls, and a hostile local who resents these citified intruders. Justin finds a rotting corpse in the woods. At night, he can’t shake the feeling that they’re being watched; and what’s that sniffing outside the tent? These are standard come-ons. Back in Bend, a creepy vet is stalking Karen, and the Echo Canyon developer, more forthrightly, is trying to seduce her; both attempts fizzle, as the vet is felled by a migraine and the developer loses his dentures. These secondary story lines distract from the hunting expedition, where not all the drama is external. Paul, unmoored by the disappearance of his greatest love, his hunting dog, is itching for a fight with his son, who he sees as a wimp; his hostility explodes into a knockdown, drag-out fight. The author’s point about our primitive selves is a stale one, shackled to stereotypes. As for the great showdown between man and beast, it’s delayed until almost the end.

Unsatisfying, both as suspense and as an inquiry into our violent impulses.