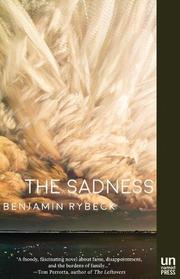 A brother and sister reunite in their Maine hometown for a few days of reckoning with their messy pasts, stalled presents, and art films.

Max and Kelly are twins who don’t have much to show for themselves as they exit their 20s. Kelly dropped out of college in Arizona and can’t hold a steady job, while Max's biggest accomplishments are an unfinished film, The Glazen Shelves, and an obsession with its lead actress, who's gone missing. Kelly has returned to Portland because she has a line on her absent father, who might be able to assist her financially, but Max is disinclined to help—he’s more fixated on the city’s festival celebrating Land Without Water, a high-atmosphere, critically acclaimed film that was made in Portland. Perhaps that film’s female lead, in town for the festival, can help Max center himself? These siblings are a troubled pair and, in Rybeck’s hands, less cohesive and engaging than they have the potential to be. Max is meant to be socially inept, but at times comes off as borderline sociopathic, between incidents that involve near-kidnapping and public nudity. And Kelly, supposedly the centering figure, largely mopes through the proceedings. Such flaws, combined with some plodding prose and clumsy figurative language—“her skin looks stitched together from money” is an odd way to say somebody appears wealthy—make this novel feels as unfinished as Max’s magnum opus. That’s unfortunate, because Rybeck is an interesting thinker about movies, and the back and forths about film have the nerdy enthusiasm of a Criterion Collection commentary. The novel takes its title from a theory Max got from his mother about how a great movie feels “like the director was stranded on an island and starving and lonely and that cinema was the only way of escape.” It’s a nice concept for the nature of creative inspiration. But execution matters too.