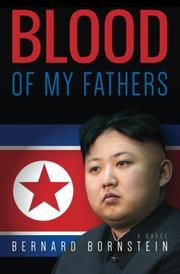 Blood of My Fathers

A deadly virus leads to a global pandemic that escalates to a standoff between the United States and North Korea in Bornstein’s debut political thriller.

Blending elements of recent political history with a fictional premise, this thriller is set mainly in 2011, during the final period of Kim Jong Il’s rule of North Korea and preceding the ascension of his son, Kim Jong Un. After a prehistoric strain of influenza is released in North Korea, the virus begins spreading over the entire world, reaching the point of a major pandemic. World Health Organization scientists are able to trace the origin of the disease and attempt to gain access to the isolated country through diplomatic channels in hopes of producing a vaccine. Led by the United States, the United Nations passes a resolution to gain entry to the country, enraging North Korea’s leadership, who threaten potential nuclear retaliation. Complicating the issue is the internal struggle within North Korea’s government as Kim Jong Il’s health deteriorates and party leaders question his son's loyalty to their communist ideals. Bornstein’s novel is meticulously researched, with a thorough grasp of global politics, as well as epidemiology and geothermal energy, demonstrated throughout. This provides the plot with a degree of grounding and context that makes it feel both plausible and very realistic. The depiction of Kim Jong Un is far more nuanced than readers might expect, painting him as conflicted between his loyalty to his father and his own beliefs and concerns for his people; he’s influenced heavily by his past education in Switzerland, fictionalized in the novel to include a romance with an American student. Bornstein’s eye for detail, however, also means that the plot unfolds with a slow, deliberate pace which may disappoint those searching for a more action-oriented thriller, but it also avoids the common hyperbolic trappings of the genre.

A smart, realistic novel, populated by real-life figures, that offers a unique take on the secretive politics of the “Hermit Kingdom.”