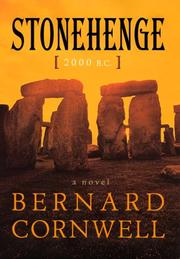 Whatever the period, count on Cornwell to serve up the details on which verisimilitude thrives. Lots of that here, maybe more than required, but it's a sturdy story, too—an ancient sibling rivalry full of enough blood and thunder to hold anyone's interest.