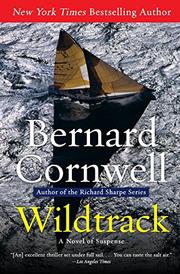 A Novel Of Suspense

The author of the Napoleonic Sharpe series and the Revolutionary War Redcoat returns to the Thatcher era and a tale of love and treachery among yachtpersons. Heroic action in the Falklands brought Nick Sandman crippling injuries and the Victoria Cross. His subsequent stay in the rehab wards of the National Health Service has been made bearable only by his determination to return to the helm of his oceangoing sailboat Sycorax. But when he is at last able to limp out of the hospital and return to Dorset, he finds that Sycorax has been dragged from her berth, stripped of all her valuables, and left to rot on shore. Sandman's ex-wife has illegally rented Nick's dock to glossy talk-show host Tony Bannister, who tossed aside Sycorax to make room for his own flashy Wildtrack. Nick noses out his missing parts in Bannister's boathouse—and immediately suffers a vicious beating at the hands of Bannister's Boer henchman and helmsman Fanny Mulder. Heading off a lawsuit, Bannister promises to restore Nick's boat to her former glory. He also tricks Nick into starring in a documentary to be made by his lovely producer/mistress Angela Westmacott. As Sycorax shapes up, Nick gets sucked into Bannister's messy private life. Seems Bannister lost his wife in the Atlantic, and his stupendously wealthy American father-in-law plans revenge in kind when Bannister takes Wildtrack out for a transatlantic race. This was not what Nick had dreamed of back in the hospital. Not at all. If it weren't for the desirable Miss Westmacott. . . . The sailing scenes are thoroughly satisfying, but there are not quite enough of them to make up for the rather overblown soap-opera ashore.