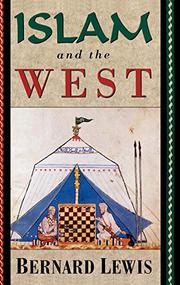 ISLAM AND THE WEST

Eleven superb essays on the culture clash between the Islamic nations of the Middle East and the more secularized West, from distinguished Orientalist Lewis (Near Eastern Studies/Princeton; Semites and Anti-Semites, 1986, etc.).

Scholarly but not pedantic, writing without fear or favor, Lewis makes an ideal guide through the political, religious, and cultural thickets of Islam. As the range of subjects demonstrates, his reach is as wide as his touch is sure. His tone is objective throughout, except for two pieces: a searing critique of Edward Said and other critics of Orientalism for their "science-fiction history and...lexical Humpty-Dumptyism''; and an impassioned defense of non-Western studies against adversaries who employ contradictory rhetoric to mask a hidden agenda ("If we don't study and teach other cultures we are called arrogant and ethnocentric and if we do we are accused of spoliation and exploitation''). Lewis begins with a capsule history that outlines the odd affinities and tensions between Europe and the Islamic nations—a struggle in which each side has called the other "infidel'' and has swapped commercial and military supremacy. He also considers medieval Islamic debates on worship in lands where the teachings of Mohammed did not hold sway—and the implications of this today amid the Arab diaspora to Europe and America. Lewis is equally comfortable with more specialized topics, including Edward Gibbon's influence on the Western image of Mohammed; the difficulties of translating from Arabic; and the Ottoman threat to Europe until the Turkish defeat at Vienna in 1683. The author concludes with four meditations on the contemporary Islamic response to Western might, discussing resurgent Islamic fundamentalism as a unifying factor in Mideast politics; the split between the Shi'a and Sunni sects; the passage of the concept of "country'' into Islamic lands; and why few Islamic countries have traditions of religious coexistence and secularism.

A learned, forceful analysis that treats Islam with respect, not condescension.