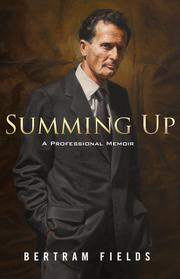 Fields (Gloriana, 2018, etc.) recalls an eventful life as a lawyer representing celebrities in the film, television, and music industries.

The author spent his entire professional career as an attorney, and he began by litigating courts-martial in the U.S. Air Force JAG Corps. After he left the military in 1955, he started a practice in Los Angeles and eventually garnered a stellar reputation, representing major stars, including Wayne Rogers (best known as “Trapper” John on the TV series M*A*S*H), Dustin Hoffman, and Michael Jackson. Instead of a historically exhaustive and chronologically linear autobiography, Fields furnishes a collection of anecdotal vignettes that focus on his extraordinary experience as a lawyer, and many consist of only a few pages of impressionistic remembrances. His insider’s look into the world of the famous is sometimes artfully revealing. For example, Fields was already one of Jackson’s lawyers when the singer was accused of sexually abusing a child; he resigned due to what he saw as Elizabeth Taylor’s interference. (He says that he remains convinced that Jackson was innocent of the charges, however.) Other tales are much lighter in tone; for instance, Gore Vidal turned to Fields when a movie studio refused to credit his work on the screenplay for the 1987 film The Sicilian. Fields won his case, but then Vidal, after seeing the movie, exclaimed, “Keep my name off that piece of shit!” The author also fired Donald Trump as a client, he says, because he was disgusted by a deceitful strategy that the real estate mogul employed. The author’s world seems to be full of famous people; he began writing books, he says, after Mario Puzo, author of The Godfather, encouraged him after reading one of his legal briefs. Still, the repeated references to celebrities never feel like gratuitous name-dropping. Overall, Fields’ prose style is wry, lighthearted, and crisply straightforward, and the memoir as a whole is impressively humble given the author’s many accomplishments. His book should appeal broadly to lawyers and nonlawyers alike.

A delightfully readable tour of a remarkable career among the rich and famous.