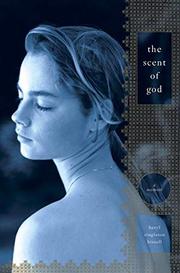 THE SCENT OF GOD

A former cloistered nun tells in sometimes treacly prose how she chose God over the world, then fell in love with a priest, left the monastery, eventually married the (now ex-) priest, had children, suffered grievous losses.

In her debut work, Bissell, now a journalist in Minnesota (Cook County News Herald), employs a dawn-to-dusk framework, including sub-sections devoted to the daily monastic rituals, beginning with matins, ending with compline. The author experienced some unpleasantness in childhood—an alcoholic father, teen troubles with weight (her mother called her a “fat pig”) and with unkind coevals (she was mocked at her prom). Later, she lost weight, found a boyfriend but decided to become a Poor Clare when she realized that with God she would find a love beyond what any man could offer. Bissell’s most engaging segments concern her cloistered life as she learned to adapt to demanding routines of self-denial. She became anorexic, developed a quiet crush on the novice mistress but eventually found peace in bread-making. She also remembered a bad man who’d flashed his erection when she’d been a little girl—and a physician, examining her naked adult body, who had some stiffness issues of his own that he wanted her to resolve (she declined). When her father became ill in Puerto Rico, she received permission to stay with him. There, she met a hot Italian priest and developed a protracted “relationship” with him. Employing some moral relativism, she slept with the priest many times (but not in that way—really). Eventually, though, nature took its course, and the two, who’d once taken solemn vows of chastity, went at it in “a wild almost crazed consuming of one another.”