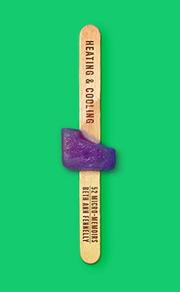 A poet and fiction writer delivers 52 “micro-memoirs”—some just one sentence, some a couple of pages—that offer insight into her life, the lives of loved ones, and the overall human condition.

Fennelly (Unmentionables: Poems, 2008, etc.), the former poet laureate of Mississippi, mostly avoids identifying names in the essays—which were previously published in a variety of venues, including Guernica, the Kenyon Review, and the Oxford American—but sometimes it is obvious whom she is referencing or addressing. Five of the essays scattered throughout the slim book carry the title “Married Love” and refer to her husband, novelist Tom Franklin. Other essays refer directly to the author’s children or her parents. Irreverence abounds, as evidenced in the acknowledgements, in which Fennelly thanks her mother by name before adding that she “affirms me daily in many loving ways, as she has done from the start, despite noting that ‘This book has a lot of penises, Beth Ann.’ ” Some of the essays indeed refer to sex but mostly with humor or melancholy. Self-deprecation appears throughout, as well; Fennelly never takes herself too seriously. Other subjects include the author’s doubting of Catholicism, the residents of Oxford, Mississippi, where she lives, and her years as a student. The title essay, previously published in the Southern Review, begins with a service call from an HVAC repairman and then touches on a variety of other topics, including poetry, babies, cookies, and Who Wants to Be a Millionaire. Although the concept and structure of the book are experimental, on the whole, the writing is more straightforward, lucidly composed, and often highly evocative. In “A Reckoning of Kisses,” she writes, “he placed his beer on the pool’s lip, then pulled me into his. I’ll wager that, on the scale of kiss-taste, a freshly-smoked Marlboro followed by a swig of Bud in a forbidden pool in the chlorinated dark still ranks pretty high.”