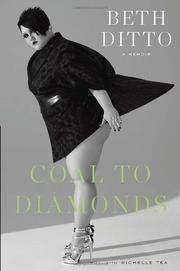 by Beth Ditto with Michelle Tea

A memoir from the lead singer of the band Gossip, chronicling her upbringing in rural Arkansas.

While it's true that rock musicians often front-load a lifetime's worth of excess into the first decade of their success, and write their memoir about it from old age—if they make it that long—Ditto's memoir, written with the assistance of Tea (Rose of No Man's Land, 2006, etc.), swings the focus around to the years before her band became successful. The author grew up deep in rural Arkansas, part of a large family that moved in and out of a generous (though also poor) aunt's house, with cousins and siblings and other relatives seeking refuge from alcohol, abuse or the law. Ditto shifted between experimenting with pushing the limits—such as they were, with little adult oversight—and trying to preserve the small pockets of safety available for her younger relatives. High school found her coming out and connecting with other gay students, only to see them leave—they were older and graduated first—and Ditto's senior year stretched out ahead of her. Even leaving school and Arkansas behind and rocketing into the music scene came with difficulties that reflected both the realization of her ambitions and the reality that you can't run from your problems. Ultimately, the book is a rags-to-riches tale that mostly rises above cliché and avoids tired tropes. “What I want is the same thing everyone wants,” she writes, “the same thing you want—to hurl myself into this world and trust that it will catch me.”

A frank, forthright memoir that provides a new perspective on a familiar theme.