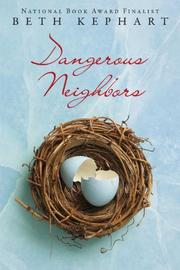 A young woman is lost in grief following the death of her twin sister in this tender, quiet work of historical fiction. Carried along by the character’s dreamily melancholy narrative style, readers will drift with Katherine amid the grandeur of Philadelphia’s 1876 Centennial Fair. At the novel’s opening, her grief has reached a breaking point. Employing an effective flash–back-and-forward technique, the author gradually reveals details about the girls’ relationship and the raw feeling of abandonment experienced by Katherine due to a clandestine affair Anna began in the months before her death. Eventually, the circumstances of her sister’s death are uncovered in an exquisitely crafted memory as lovely in its imagery as it is tragic. Ringing less true, however, is the modern feel of the dialogue, given the supposed era. For example, during an argument, Katherine calls her sister a narcissist—a term not yet coined in psychology at the time. While this may not jar all readers, teens with an eye toward historical detail will likely take notice. (Historical fiction. 12 & up)