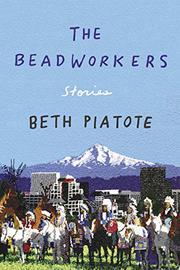 Hope and heartbreak abound in this debut collection set among Native Americans in the northwest.

There is a moment early in the story “Katydid” where the narrator and her best friend are joking about what an Indian version of The Cosby Show might have looked like—the patriarch would have “a huge collection of loud ribbon shirts,” they decide—when the narrator thinks to herself, “It’s surprising how much material can be mined from making Indian versions of things.” Piatote, who is Nez Perce and teaches Native American studies at UC Berkeley, has some of her most satisfying moments in this collection by doing just that. The narrator of “wIndin!” is an artist creating a Monopoly-esque board game based on contemporary Indian life (“Indian tokens or token Indians?” she wonders) while simultaneously navigating the loneliness of being single and the tangled love life of her gay best friend. The book’s longest piece is a verse play called “Antíkoni” that revisits Sophocles’ tragedy Antigone by setting it against the backdrop of museum treatment of Indian artifacts and remains in the age of the Native American Graves Protection and Repatriation Act: Piatote’s Antigone, rather than burying her brother illicitly, steals his remains back from an unscrupulous museum director. All of Piatote’s pieces, in fact, draw heavily on political and historical issues, from the Battle at Wounded Knee (“The News of the Day”) to the Fish Wars of the 1960s and '70s (“Fish Wars”). Though some of the slighter pieces feel like mere vehicles for ideas, at her best Piatote balances the emotional complexities of her characters’ lives with the political complexity of their relationship with an America all too eager to look away.

A poignant and challenging look at the way the past and present collide.