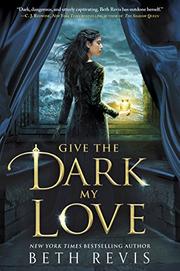 GIVE THE DARK MY LOVE

From the Give the Dark My Love series, volume 1

An unassuming country girl wages battle against a deadly plague.

Nedra Brysstain, an identical twin and the olive-skinned, black-haired daughter of a humble book peddler, leaves her quiet life in a rural village to attend a prestigious private school on scholarship. Under the tutelage of the enigmatic Master Ostrum, Nedra studies medicinal alchemy—a method of transferring patients’ pain through a crucible into another living creature (usually a rat). Though studious, Nedra falls for her classmate, handsome and affluent Greggori Astor. A plague known as the Wasting Death, thought to only affect the impoverished, is decimating the working poor and deepening an already precarious political rift. As the numbers of the dead increase, Nedra’s temperament shifts from empathetic to angry. When those close to her fall ill, Nedra must make a terrible choice, turning to necromancy in hopes of ending the plague and saving those she loves. Her transformation from a poor provincial girl to a fierce commander is transfixing; her choices may be fraught, but her risk-taking is thrilling. Although the central romance is hetero, secondary characters are queer. Revis’ (A World Without You, 2016, etc.) epic is a bit uneven, rambling at times but keeping pages flying at others. Pacing aside, expect this complex and atmospheric mix of fantasy, family secrets, and political intrigue to have strong crossover appeal. Characters are assumed white.

An ambitious series opener with promise.