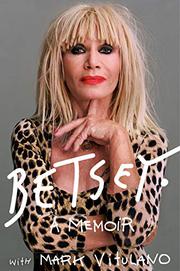 An iconic fashion designer tells the story of how she left behind a Rockwell-ian New England youth to become an eccentric fashion superstar.

Johnson grew up in a picture-perfect Connecticut family during the 1940s and ’50s. The second of three children, she learned early on to rely on her “bubbly, oddball personality to make my way in the world.” Her first dream was to become a dancer with the Rockettes in New York City, but by the time she was in college, she gravitated toward art. An admirer of Mademoiselle layouts, she entered the magazine’s fashion guest editing contest and won; a senior editor then hired her in the art department. To make ends meet, Johnson began making simple, striking clothes that quickly became popular among other women, including actress Kim Novak. She then began designing clothes full-time for Paraphernalia, a clothing boutique that became home to other 1960s avant-garde  fashion designers such as Daniel Hechter and Paco Rabanne. Her unique creations caught the eyes of celebrities like Julie Christie and the Velvet Underground, a band for whom she became the chief clothing designer. After marrying and then divorcing guitarist John Cale, she opened a “designer collective” clothing store with Paraphernalia colleagues and also did freelance work, which eventually won her the Coty Fashion Critics’ Award in 1971. Not long afterward, she became a single mother and embraced an edgier aesthetic, which included clothing lines done in Lycra, a fabric then used only for athletic wear. By the 1980s, Johnson was the owner of a successful chain of stores, until her company was bought out by designer Steve Madden in 2010. This candid book by a pioneering female entrepreneur and American original, illustrated with photos and quirky doodles, also offers details about motherhood, marriages to drug addicts and control freaks, and the obstacles one faces when battling breast cancer.