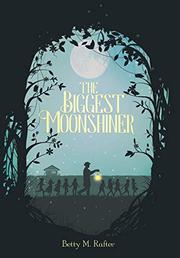 A writer recalls her wildly peripatetic youth in the mid-20th century, traveling around the South with a father who is by turns a criminal and an entrepreneur.

Debut author Rafter had an uncommonly dramatic life. Her father, Urbie Meeks, was at one time a notorious moonshiner hunted by federal authorities and took Rafter and her 11 siblings with him “on the lam.” Urbie cheerfully referred to these escapades as “adventures,” though he was finally apprehended and sent to jail in Atlanta. He got his start illicitly selling homemade alcohol after the Depression decimated economic opportunities in the Glades of South Florida, a place so “notorious as a mobster hideout” that it became known as the “Chicago of the South.” As he once said of his product, “There’s one thing that people will buy in good times and bad—in good times to celebrate and in bad times to kill their pain.” When he finally gave up on the moonshine business, he became a chronically restless and sometimes-quixotic entrepreneur—he tried to invent a perpetual motion device, the “magic machine.” But his obsession with drinking and gambling doomed his ventures to failure. Rafter’s mother, Leila, heroically kept the family members together even as they traveled in search of work: picking cotton in Alabama, cherries in Michigan, and tomatoes in Indiana. Leila also did her best to protect the children from Urbie’s recurring violence, which they considered, from this otherwise loving man, “confusing and frightening.” The account, told in poetically unembellished but powerfully unflinching prose, is cinematically dramatic. After Leila tragically died, taking an unborn child with her, and Urbie was forced into convalescence in a nursing home, the kids were placed in an orphanage, with some later sent to foster care, a terrifying experience poignantly conveyed. The author artfully avoids any sententious moralizing or treacly sentiments—her earnest style of storytelling is affecting. Her youth was truly remarkable, and her stirringly composed book does that stage of her life justice.

A roller-coaster ride of a memoir, as dramatic as it is touching.