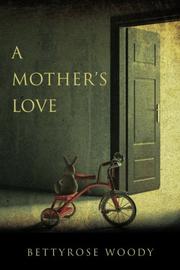 Woody, in her debut memoir, tells of being raised by a cruel mother and making peace with her chaotic past.

By the time she was 3, the author writes, she “had built a protective shell around myself to shut life out.…I conditioned myself to never express emotion or react to anything, good or bad.” She did this, she says, to deny her abusive mother the gratification of seeing the fear she instilled in her children. This ability also enabled the author to move forward in her adult life despite terrible trauma. Her mother, she says, beat and verbally abused her and her seven siblings, once saying to the author, “You were meant to live a hell on earth, and that’s my job, to make sure you do.” At one point, Woody recalls a series of chilling incidents during a hot July day in Cincinnati in the late 1960s, when she was 11. She left her home, where her mother was raging at her sister Janie, and walked down the street, where she ran into an older teenage boy who offered her a ride to her father’s house (her parents were separated). Instead, the boy brought her to his own parents’ house, where he raped her; later that night, she says, she was raped again, by a different man. The following year, she recalls, her mother had her placed in the Alton State Mental Hospital in Illinois, where she remained for two years, until she ran away. Over the course of this book, Woody’s narrative is revealed in scattered bits and pieces, often switching between the past and the present. Her evaluations of her mother, including that she “suffered from narcissistic personality disorder,” start to feel repetitious. At times, this rambling account feels as if the author is mainly trying to achieve personal catharsis by setting her experiences down on the page. However, readers will also find an indomitable spirit at the heart of this story as well as an impressive capacity to offer unqualified love to others.

A painful, sad, and disturbing story of survival with an unexpected final touch of forgiveness.