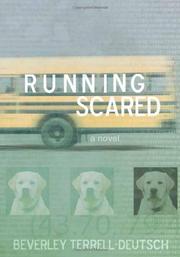 An absorbing middle-grade story of a boy trying to come to terms with his father’s death.

Sixth-grader Gregory takes the long way home from school every day to avoid passing the Jiffy Mart where his minister father died in a car accident. Gregory was in the car at the time, which further intensifies his anxiety. His friends Matt and Teisha try numerous schemes to help Gregory face his fears, but nothing works. Meanwhile, Gregory’s schoolwork has begun to suffer badly except for math, the one subject that fascinates Gregory. Even worse, news has come down that Gregory’s school will be closed, his favorite teachers might lose their jobs, and the bus for the new school will stop at the dreaded Jiffy Mart. Hoping to forestall this, Gregory gets involved in a student effort to convince the authorities to keep the school open. During their door-to-door campaign, the friends meet an eccentric elderly lady and a girl who has lost her dog, bringing them together. Finally, Gregory realizes that he must conquer his fears on his own, even as he begins to understand the worth of his new friends and his own efforts. Terrell-Deutsch writes with simplicity and a compassion for her characters that will resonate with readers. The promotion of math as fun stands out as an added bonus.