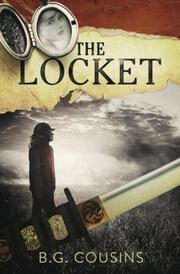 From the The Rainey Chronicles series, volume 1

A debut novel offers political intrigue set within the perilous complexity of the Russian Revolution.

Jeremy Clarke has just returned from France, where he fought as an American soldier in World War I. The son of a wealthy steel magnate, Jeremy now plans to join the family business under the tutelage of his formidable sister, Elizabeth. His plans are temporarily thwarted, however, when a representative from the State Department, Charles Appleton, suddenly arrives unannounced and reveals that Jeremy and Elizabeth’s father, who had vanished in Russia, is still alive. He asks Jeremy to lead a military team—really a small army—into Russia to rescue him and to secure a “package,” the contents of which remain, for the moment, mysterious. Appleton himself is a nebulous fellow, described as a “ghost” with virtually no government file. Jeremy accepts the assignment, and Elizabeth is put in charge of its logistics, which include procuring firearms. While crossing through Romania, Jeremy is taken prisoner and shot while escaping, forcing Elizabeth to take over as commander of the mission. All the while, Russian intelligence tracks the team’s every move, as interested in the package as it is in Elizabeth’s father. Cousins masterfully keeps the story moving at a fast clip, interspersing action at every turn. The inner machinations of the Russian Revolution are numbingly convoluted, and Cousins does a credible job navigating its infinite nuances. The story is driven by the relentless force of Elizabeth’s character, whose motto is: “Observe. Learn. Dominate.” In fact, her bravery—she is only 26 years old— in combat strains credulity: “The rat-tat-tat of the machine gun continued to ring in her ears as she became aware of what was happening around her. She had a job to do and she couldn’t do it lying on her back. She pulled herself up and got back to the gun belt.” But Cousins artfully presents the implausible as easy to digest, a skill that is the hallmark of this relentless thriller. Strictly speaking, this is almost too fantastic a tale to carry the label historical novel, but the author’s research of the period, and of Russia in particular, remains impressive.

An exciting and unpredictable tale of espionage and adventure in the early 20th century.