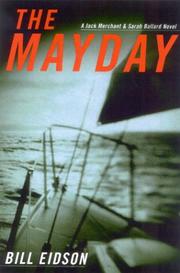 A tragic accident segues into brutal murder in this second Merchant-Ballard sizzler.

The sudden ocean storm was terminal for Matt Coulter’s sloop Seagull, but his wife, son, and daughter somehow survived it. Or did they? Coulter swears his children did, but no one believes him—not the Coast Guard, not the Boston area cops. Coulter knows there’s reason to be skeptical. Yes, all traces of Sean and Laurie have vanished; even now, weeks later, chunks of what actually happened remain lost to amnesia. He grants his wife is gone but insists the kids were rescued and alive on the deck of a boat when he last saw them. Now he wants Jack Merchant to find that boat. The skeptical ex-DEA agent hesitates, but he doesn’t exactly have a crowded agenda, and he likes Coulter. More to the point, Sarah Ballard, the woman in his life, likes Coulter too. So Jack takes time out from not doing much and Sarah from her busy boat-repossession business to team up once again (The Repo, 2003) as ship hunters. And children hunters, and trouble hunters, with a pair of ferocious bad guys providing almost more than our heroes can handle.

Jack’s tough and tenderhearted, Sarah’s brainy and sexy, the prose is clear and direct. Here’s crime fiction the way it should be.