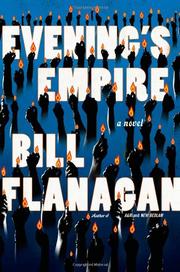 Satisfying, near-epic tale of a British rock band, from the fresh young faces of the ’60s to the melting-cheese faces of today.

For his latest fictional foray into the entertainment biz (New Bedlam, 2007, etc.), MTV vice president Flanagan takes as his narrator/protagonist Jack Flynn, a born rock ’n’ roll manager who is therefore destined always to be a disappointment to his pious Irish parents. Especially when the budding young solicitor is disbarred after a drug arrest, a bum rap that puts the members of The Ravons forevermore in his debt. (He pocketed their dope.) These young British rockers are, of course, spoiled children with enormous appetites for sex and drugs; they’re also on a mission to conquer the world. Relating his tale in a bittersweet voice from the vantage of the present, meaning that he is now in his late 60s, Jack charts The Ravons’ rise and eventual fall; their demise, naturally, is a sordid matter of money, jealousy and publishing rights. Flanagan is note-perfect, particularly on the small details of life back in the day: “We forget now that airplanes, restaurants, movie theaters, taxis, offices and homes were all full of smoke then. There were ashtrays in every armrest.” The Ravons are one- or two-hit wonders, and they break up a third of the way into the narrative, but there’s much more to the story—many more opportunities, that is, for egos to swell, tempers to flare and adenoids to trill. In the end, Jack pulls off the near-impossible, reuniting The Ravons for a world tour that has all the earmarks of a Spinal Tap outing. Suffice it to say that in the end he learns once again that no good deed goes unpunished.

Assured, often lyrical and true to the world of the star-maker machinery behind the popular song. A lively complement to Nick Hornby’s High Fidelity, Mark Hudson’s The Music in My Head and Laurence Gonzales’s Jambeaux.