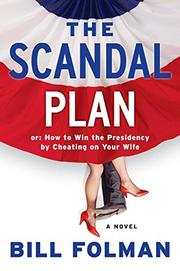 Or: How To Win the Presidency by Cheating on Your Wife

It’s three months before the election, and Democratic Senator Ben Phillips is many points behind his rival, President Gregory Struck. Phillips goes rigid before the cameras, while the easygoing Struck is a guy you’d want to have a beer with. Both men are cardboard creations. While Struck mangles his words, Phillips is flawlessly articulate, and that’s the problem: He’s too good. However, his campaign manager Tom Campman has a plan to make his candidate slightly flawed, more human, maybe even cool. Invent a sexual indiscretion in his past, and the electorate will warm to him. He sells the senator and his wife Melissa on the plan (not easy; they’re a faithful, devoted couple) and lines up the Other Woman. Tina James is just right, sexy and credible, and she sticks to the script, telling the world she and Phillips had a one-night stand 20 years before. That’s pretty tame, so Folman tries to juice up the action by introducing other alleged old flames. The plot is still skimpy, so Folman introduces other diversions. Teen virgins attempt phone sex! Clownish Mexican chauffeur scores big as double agent! That same chauffeur, selling his tapes of Campman’s conversations to the Republicans, becomes the quarry in a high-speed chase. All the hijinks would be fine if the humor were not so labored and sophomoric; the climax is more of the same, one almighty slap delivered at the final debate. Curiously, Campman’s one really dirty trick, which involved blackmail and a candidate’s suicide, happened during the primaries and is not properly integrated into the main story line.

For all its busyness, a farce without sparkle or fizz.