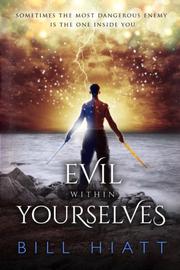 From the Spell Weaver series, volume 4

The latest installment in Hiatt’s (Hidden among Yourselves, 2015, etc.) Spell Weaver fantasy-adventure series.

After braving the Underworld on a seemingly impossible quest to obtain the lyre of Orpheus, fighting a stunning array of otherworldly and mythical beings along the way, Taliesin “Tal” Weaver and his allies could be forgiven for wanting a break. But this latest installment continues the frenetic action. Titania, queen of the English faeries, seeks Tal’s help to prove the innocence of her husband, Oberon, the faerie king who tried to kill Tal by sending him on the lyre quest. Despite this fact, Tal is willing to investigate, but his attention is soon diverted by the malignant machinations of Nicneven, the queen of the Scottish faeries. She’s allied herself with the forces of darkness and therefore wields tremendous power. There’s also a traitor in Tal’s midst whose identity will shake the adventurer to his very core. This latest novel adds more overt references to religion, particularly Christianity, as St. Brendan and St. Sebastian join in the action. The novel bounces between different characters’ points of view, which adds welcome depth, although their voices are sometimes too stridently different from one another. Overall, though, Hiatt’s engaging style remains strong, and his sharp wit continues to shine. Unfortunately, as in the previous novel, this installment sacrifices emotional complexity to plot twists and new adventures; as a result, romantic couplings and uncouplings among the team members provide little heat or interest. However, one beautiful scene, in which parents take time to secretly watch their resurrected son play baseball, stands as a reminder of how skillful Hiatt can be with nuanced interactions.

Another mix of action, adventure, teen angst, and literary allusion, although the results are less satisfying than before.