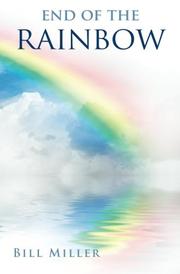 End of the Rainbow

An African-American novelist muses upon the world’s enduring racial tensions in this nonfiction work.

Miller (Seeds of Magnolia, 2014) asserts that “Everybody on the planet acts as if they are angry,” but “Although a lot of things are in disrepair, they can be fixed.” Black and white people alike can be racist, he says, and “We should stop making decisions, stop liking, and stop disliking based on the color of a person’s skin.” Referencing recent events in Ferguson, Missouri, as well as his own experiences as an African-American man, he notes, “No one can intelligently argue that Blacks are not targeted by law enforcement officers.” Yet Miller also relates how white parents allowed him to study alone with their daughter. At another point, he notes, “We take it upon ourselves to judge others, but the Bible tells us that we should not” and uses the example of same-sex marriage: “If same sex relationships are wrong, then, according to the Holy Bible, God will judge and then render the punishment should there be any….Telling people who they can or cannot marry is getting too involved in what should be personal choices.” However, he devotes much of his book to detailing why white supremacists won’t let social harmony happen. He describes how a “rogue coalition” will likely mobilize to deal with the fact that white people are projected to no longer be the majority in America by 2042, saying that Asian, Latino, or Hispanic people “will be counted as White in order to maintain the White majority.” Miller also discusses how those seeking “one world government” would likely also assert white supremacy, as well as escalate other atrocities. Miller, who previously tapped into his own mixed-race family history to craft a Civil War–era novel, has written a thought-provoking work that’s most powerful when touching on his own experiences and encouraging others to embrace his stated philosophy: “I acknowledge acceptance of the multicultural diversity of the human race, knowing that every individual is different, yet all are equal.” While Miller may intend his detailing of various nefarious activities to serve as eye-opening warning, readers may wish that he spent more time on how American society could be changed for the better. Still, this book is clearly heartfelt and may serve as a conversation starter.

A passionate call for social change.