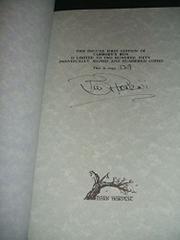 Pronzini's writings (the ``Nameless'' p.i. series, etc.), like those of many older mystery hands, have roots of pulp. Here's a repotting of the 1970's adventures of one of the author's better pulp creations—the bodyguard antihero known as Carmody. In a preface that—for its peek at the scrounging life of a young pulpster—is the most valuable entry here, Pronzini explains that he created Carmody to ride the wave of male-oriented pulp antiheroes that crested in the early 70's. The tough-minded bodyguard—who doesn't mind breaking the law but who sticks to a code that forbids theft and wanton murder—appeared in A Run in Diamonds (a 1973 paperback expanded from a pulp-magazine novella) and in three stories published 1971-75: The novel and stories are reprinted here. The stories show a writer learning his craft, capable of energetic prose but also of spelling things out for simple-minded readers: Carmody—we're told in his debut, ``The Dangerous Ones''—``thrived on the action, danger, and adventure in each of the jobs he undertook. He worked inside the law and outside it, whichever suited the occasion....'' All the stories involve Carmody taking a job, being betrayed, and righting the wrong through violence; today, their appeal is the period settings: 70's Algiers, Vienna, and Venice. Richer entertainment lies in the bawdier, bloodier novel, in which Carmody gets enmeshed in a complex diamond-theft scam. The women are sexy, the villains blackhearted (``The best kind of day—one filled with bright green money and bright red blood''), and the action fast and fleshed out with some shading of Carmody's stony character (e.g., lament for a lost love). Not bad for the genre, but there's a reason why this kind of male-action fare died out. A good bet, then, for pulp and Pronzini completists only.