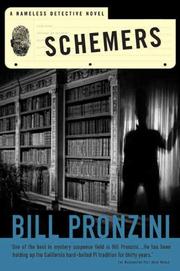 The 32nd case for the Nameless Detective (Fever, 2008, etc.) is a classic locked-door mystery about which Nameless is clueless.

Called in by Barney Rivera, a nasty little twerp who happens to be head claims adjuster for mammoth, deep-pocketed Great Western Insurance, Nameless knows he’s expected to fail. Rivera relishes other people’s failures and collects them as if they were rare stamps or coins. Or, more to the point, as if they were rare books. Gregory Pollexfen, noted fat cat and Great Western policyholder, collects first editions of vintage mystery novels. His 15,000 volumes, appraised in the multimillions, are kept in a room to which there is only one door, to which there is only one key, to which no one but Pollexfen has access. Yet eight of his beauties have been purloined, he says, a haul worth a fortune. Nameless remains baffled until an offhand remark by his 13-year-old adopted daughter sets his sleuthing cap on straight. While he chases Hammetts and Christies, Jake Runyon, the agency’s ace field operator, has his hands full investigating a strange case of vengeance whose motive no one can figure out, and Tamara, Nameless’s cool young partner, has her bed full of a lusty stranger she might better have first investigated.

Plotted and written with the obvious care customary in this reader-friendly series.