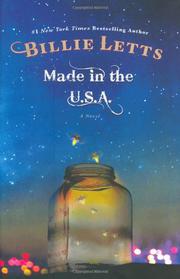 Letts (Shoot the Moon, 2004, etc.) returns with another uplifting tearjerker, this time about an orphaned brother and sister who face travail before finding love and acceptance within an Oklahoma circus family.

Fifteen-year-old Lutie McFee’s mother is long dead. Her alcoholic father has decamped to Las Vegas, leaving Lutie and her 11-year-old brother Fate in the care of his latest girlfriend Floy. When Floy drops dead at Wal-Mart, tough but lovable Lutie and precocious but friendless Fate head to Vegas to find their father. By the time they arrive and discover he’s died in prison, they’re flat broke. Lutie earns money any way she can, including posing for porn, while Fate sells lost golf balls when he’s not hanging around the library or the elementary school he hopes to attend. After a rape and a few other humiliations, Lutie, who has also developed a cocaine habit, is robbed and badly beaten. Fortunately, Lutie and Fate have a guardian angel. Juan Vargas, who has been helping them anonymously since their arrival, now saves Lutie. A former aerialist with Cirque de Soleil until a fall ended his career and left him disabled, Juan drives the McFees to Oklahoma where his family runs a circus. Juan has his own emotional baggage; having left Vargas Brothers Circus years earlier, he never returned to face his heartbroken father. Instead, after his accident, Juan drifted into addiction until joining AA (which he describes glowingly although he never attends meetings). In Oklahoma, Fate almost immediately feels at home, making his first real friend and learning to fish. Recuperating from her attack, Lutie at first resists the care offered by Juan’s grandmother Mama Sim, but once she reveals to Mama Sim her deepest, guiltiest (most trite) secret, Lutie is emotionally ready to accept the love the Vargas family offers. And through Lutie’s talent as an aerialist, Juan finds his own way back into the family fold.

So much travail, so much uplift! So much phony plotting and superficial characterization.