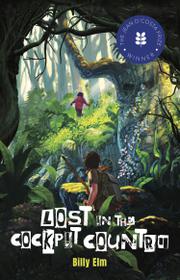 LOST IN THE COCKPIT COUNTRY

A young boy gets lost and then kidnapped on a school trip to Jamaica’s Cockpit Country.

High schooler Kemar McBayne is looking forward to the school’s Ecology Club trip, along with his older brother, Oshane, and his younger brother, Tyrik, who’s only 10. His contentious relationship with his little brother causes trouble when an act of mischief on Tyrik’s part almost immediately leads to Kemar’s separation from the group. Unable to make his way back to them, he is later found and befriended by a stranger who turns out to have ulterior motives and holds Kemar hostage in the notoriously difficult-to-navigate Cockpit Country. Kemar decides to try to figure out a way to escape his captor and return to his family. At the same time, Oshane is determined to find his brother despite the others’ support, eventually enlisting the help of one of the region’s Maroon communities in order to track him down. Elm includes interesting, detailed aspects of Jamaican geography and culture that help readers visualize the characters’ experiences. However, this aspect of the novel is not enough to make up for jumpy pacing and storytelling that fails to build suspense or create attachment to the characters or plot. Characters are mostly Black, with some secondary characters mentioned as having pale skin and foreign accents.

Rushed pacing and ineffective character development keep the story from living up to its potential.