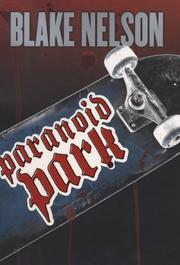 This deeply disturbing cautionary tale shows how a teenager’s bad decision leads to a never-ending nightmare. The unnamed narrator is 16, preppy and a keen skateboarder ignored by his troubled family. Paranoid Park is used by tough skateboarders who intrigue the speaker. He dares to go there one night and meets a street teen, Scratch, who talks him into hopping a train. As they near the train yard, a security guard spots them and viciously attacks. To save his new friend, the narrator hits the guard with his skateboard. The guard falls and is dragged by the moving train. The boys see his body broken and bisected. The rest of the tale is one of fear, paranoia, guilt and the life-changing effects of keeping such a horrible secret. First-person narration adds greatly to the reader’s understanding of the slew of emotions that this teen experiences. He is so emotionally damaged by the event that he appears headed toward a life of solitude and eccentricity. This haunting, gruesome story will put everyday teenage problems in perspective. (Fiction. YA)