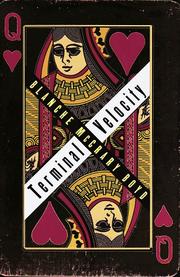 Once again, Boyd (The Revolution of Little Girls, 1991, etc.) leads her intriguing characters through complex psychological, sexual, and philosophical mazes in this story of a clever southern belle turned radical lesbian, but the author fails to synthesize the parts of her story into a satisfying whole. Ellen Sommers has survived her typically wacko southern upper- class childhood to marry a nice boy from Harvard, land a good job at a small Boston publishing house, and greet the year 1970 with a hefty backlog of such trendy literary successes as Black Black Black and The Terminal Brassiere. But when beautiful artist/heiress Artemis Foote signs up to do an illustrated book, Ellen falls madly in love, follows Artemis back to her California commune, and soon divorces her husband and quits her editorial job. Unable to attach herself to Artemis, Ellen (who now calls herself ``Rain'') instead initiates an affair with Artemis's ex-lover, Jordan, who's on the run after having helped a boyfriend bomb a campus building and is in grief over having abandoned her daughter. When Jordan's whereabouts are discovered by the FBI, she and Rain flee cross- country until Jordan is apprehended and jailed. Rain goes into free-fall, staying for a while in a mental hospital and then moving to L.A., where she writes for TV and engages in cynical sex-only affairs. Just as she begins to find her balance again, Jordan, newly released from prison, commits suicide. Ellen goes into free- fall once more, this time moving in with a suicidal ex-debutante in her hometown of Charleston. A final reunion with Artemis, now middle-aged, gives the two women a chance to reminisce about the passions of their youth. But despite Ellen's stubborn and sympathetic search for meaning in the random turns her life has taken, she remains as clueless as her readers. Boyd's talent for creating convincingly tangled psychological webs is undeniable, but her novels are as unshaped as life itself.