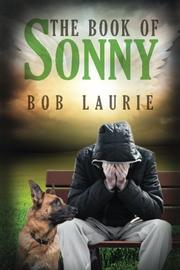 The Book of Sonny

Sonny DeMario, a 40-something FedEx driver in Cedar City, Utah, and his wife, Sue, an office manager for a construction company, live in the same house but don’t love each other anymore. Years ago, Sonny’s relationships with his two grown children, Vincent and Veronica, nearly broke down completely. He expressed moral outrage over the revelation that Vincent was gay and went to live with his childhood friend in San Francisco, and about the fact that Veronica had a child out of wedlock with her abusive boyfriend, Ron Meskin. The current highlights of Sonny’s life are his job, his conversations with his friends, and the companionship of his 7-year-old German shepherd, Cody. When an acquaintance at the local dog park suggests they breed their dogs and sell the pups, Sonny agrees. Meanwhile, Sue pursues a lucrative offer to model for a handsome photographer. These parallel moneymaking ventures are interrupted when Ron, irate over Veronica’s overnight absence, takes their 3-year-old son, Darrin, and disappears. A distraught Sonny and Sue take the initiative in trying to find their grandson, putting up fliers, canvasing online social media sites, talking with friends of Ron in search of clues. Overall, Laurie’s novel is fast-paced, smoothly accomplished, and involving. He expertly intertwines the two main narrative strands, and along the way, he even includes an intriguing mystery involving an enigmatic old man who begins appearing to Sonny in visions, just as all the events in his life seem to go haywire at the same time. The dialogue throughout the story is believable and straightforward, and the plot’s undercurrents of uplift never feel cheap or manipulative, nor does the gradual deepening of Sonny’s empathy for his children.

A heartfelt story of a broken family beginning to heal.