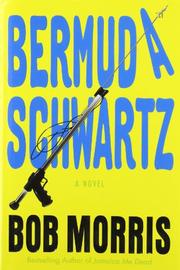 Zack Chasteen, ex-football-playing ex-con, continues his tour of the Caribbean with a Bermuda idyll that mixes three parts rum to one part Da Vinci Code.

Trula Ambister wants to celebrate her 70th birthday by planting eight full-grown palm trees at splashy Cutfoot Estate, and what Aunt Trula wants, Aunt Trula gets. So her niece, magazine-publisher Barbara Pickering, gets her sweetie Zack to wrap up some Bismarck palms and accompany them to Bermuda, where the sand is pink, the water is blue and everyone but Zack dresses for dinner. Several piquant surprises await Zack. The first is the corpse he finds floating off Cutfoot Beach clad in full scuba gear but minus its eyes. The second is the news that two bodies with identical wounds were discovered nearby seven years ago. The third is that Trula’s old friend Sir Teddy Schwartz is convinced that beneath the friendly waves lies a 500-year-old reliquary containing a sizeable chunk of the True Cross. The fourth is that the $2 million Zack was paid by suave mobster Freddie Arzghanian in Jamaica Me Dead (2005) is gone. One Brewster Trimmingham, who got himself named co-signatory to Zack’s offshore account, has filched it, leaving Zack with only a few crumbs.

The sunken-relic plot is serviceable, the Trimmingham subplot rather better. Zack himself remains an anti-authoritarian guy with attitude to spare who’s just not as funny as he thinks he is.