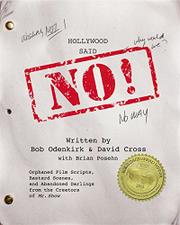 This collection extends the publishing concept of “cleaning out the closet” to the extreme.

The target readership for this book would seem to be small but specific: comedy cultists and Mr. Show completists. The series ran for four years on HBO during the mid-1990s, and both of the co-authors have earned higher-profile TV credits in the 15 years since (Cross with Arrested Development and Odenkirk with Breaking Bad). If there was ever a time when Mr. Show might have spawned some movies, the market for those has long since dissipated. The former dates from 1998 and offers broad political satire on the corporate co-opting of the presidency and the development of the ultimate gated community: a new planet restricted to the rich people who have plundered the Earth. One bit features Abraham Lincoln as a gangsta rapper: “Damn it’s me G. A.B.E. to the L.I.N.C. Doin’ a drive-by on slizzavery.” The latter (which opens the book, though it was written in 2003) is a series of sketches loosely connected by the concept of two comedians trying to get their movie made. The funniest one concerns “Noodlefest,” a Woodstock for jam bands, which features only one band playing one interminable song and reaches a state of medical emergency by boring its attendees to death. “This marries our hatred of jam bands with our detestation of sleazy Hollywood producers,” the authors explain in a postscript annotation that further pads the volume.

In the case of these scripts, Hollywood was right.