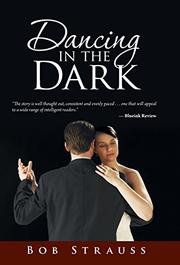 A renowned psychotherapist helps people find paths back to love and begins to search for his own fulfillment in this debut novel.

Strauss allows the nuances and idiosyncrasies of a couple’s new relationship to unfold as they unknowingly confide in the same psychotherapist. Dr. Harry Salinger, who touts himself as a guru on relationships, espouses advice that he realizes he might do well to take himself. As he witnesses Jennifer’s and Jacques’ differing perspectives on their relationship, he starts to recognize the void in his own love life and the fact that he’s shut himself off from the possibility of spontaneous love. As he meets with Jennifer and Jacques individually, all three slowly transform into more open, trusting people. But as the relationship ebbs and flows, new conflicts emerge and trust begins to break down. When Jacques and Jennifer discover that they’ve both been seeing the same therapist—and that Salinger didn’t bother to disclose this—the book takes a sharp turn. Each character has to learn what it means to endure a relationship once the honeymoon phase is over and real feelings are at stake. Strauss delivers a fine book about parallel relationships that’s never tedious, thanks in part to sharp dialogue; at one point, for example, Jennifer describes having sex with Jacques as “making love to a hurricane.” With sharp dialogue and descriptive, hilarious dating and sex scenes, Strauss shows the world of Jennifer and Jacques as one of uncertainty, amusement, confusion and fun. The book crescendos with each character facing a choice to either stay open and take risks or to deny true love.

A colorful story of relationships and how they change their participants’ perspectives on love.