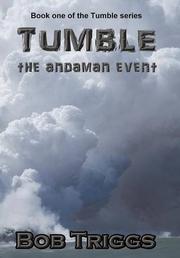 A debut novel kicks off a multipart saga about worldwide natural disasters.

Triggs opens his story with a bittersweet evocation of the 2004 Thailand tsunami, as a widower returns to the country for the 15-year anniversary of the event that killed his family. But something far worse is approaching. Sudden earthquakes ripple across the globe, and satellites reveal the emergence of a new landmass in the Indian Ocean. This geological phenomenon is dubbed the Andaman Event. Six months later, strange weather emerges around the world: a frozen hurricane sinks a fishing fleet, a tornado rips apart homes in Australia, and a gigantic sandstorm pummels the Western Sahara. To make matters worse, Infinity, the satellite company in Palo Alto, California, responsible for virtually all weather forecasts, experiences service outages, leaving most nations blind to impending disasters. Brad Bentley and Steve Jaeger, Infinity’s founders, search for the outages’ cause, eventually suspecting that a computer virus may be shutting down some of their satellites. But they slowly realize that the glitches may reflect a global “tumble” triggered by the Andaman Event. The book covers broad ground over 43 chapters, sometimes focusing on the investigation and sometimes following people fleeing for their lives, such as an archaeologist in a Land Rover in the Western Sahara during the monster sandstorm. Too much time is spent on Brad and Steve looking for a virus, and some characters’ roles are unclear—a few chapters examine apartment dwellers in Queens, for example, but these sections don’t tie into much else. Yet some discursions, such as a chapter about a doomed Russian ship, are well-written portraits of desperation and ratchet up the novel’s tension. Characterization remains a weak point. Most individuals are either “types” or not developed beyond their high intelligence and affability. The geological and meteorological processes described have clearly been meticulously researched. While technical explanations occasionally become tedious, many readers should enjoy a natural disaster narrative that embraces scientific inquiry over Hollywood gimmicks. Triggs ends on a high note; readers will likely look forward to the second installment, which will hopefully have a tighter plot construction and more layered characterization.

A flawed but intriguing thriller with plenty of terrifying weather catastrophes and an admirable commitment to scientific exploration.