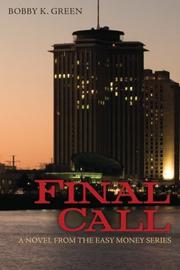 A Novel From The Easy Money Series

Establishing an airfreight business between the U.S. and China becomes a struggle for money and power in the second volume of Green’s Easy Money series (Company of Deceit, 2001).

Aviation veteran Capt. Saunders is starting a freight airline with flights to China and hires pilot and business owner Rob Marshall to locate planes. He and his assistant and friend, Mike, travel to California and soon realize that the proposed company, still in the process of being financed, needs more than just aircraft, and that some of those involved are dodgy individuals more interested in politics than aviation. Green’s novel is a character-driven work. Returning stars Rob and Mike are solid leads, particularly Mike, whose Cajun charm shines when the novel visits his home state of Louisiana. He gives the romantically invested Kathy a tour of the French Quarter. The villains are appropriately disreputable, including the enigmatic and possibly mob-connected Mr. C; an attorney who’s also the company’s CFO; and a governor who doesn’t trust or want Rob and Mike’s assistance. The sometimes unclear plot engages less than its characters. The bad guys are unmistakable—they’re greedy and devious—but their actions merely slow the bankrolling of the airline and don’t provide much dramatic conflict. One of the few potent scenes doesn’t occur until near the end of the story. In addition, the generally well-written narrative sometimes sags in its descriptions of mundane action. For example, one scene describes everything the governor’s aide does while driving: signaling, turning, rolling down the window and watching a gate open. There are rarely indications of time passing, e.g., Rob’s love interest, Sharon, agrees to call him, and his cellphone rings in the very next sentence. Missing or extraneous quotation marks can render dialogue hard to follow. Unless, of course, it’s Cajun Mike speaking: “There’s sho’ a lots of swamp water and cypress trees down there.”

Irresistible lead characters will likely draw fans and leave them looking for a third adventure with Rob and Mike, despite the novel’s slow spots.