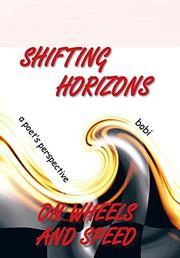 Bobi celebrates the history of the Indianapolis Motor Speedway in this debut collection of poetry.

Constructed in 1909, the Indianapolis Motor Speedway is the oldest permanent motor racing track in the world, and its marquee race, the Indianapolis 500, is hailed by some as “the Greatest Race on Earth.” Bobi gives the race and racetrack the Homeric treatment with this volume of verse that chronicles the lore, personalities, records, and automobiles of the storied institution. After a prose-heavy introductory section that explains the author’s fascination with auto racing and gives some background on the Speedway, Bobi offers themed poetry sections on such topics as the psychology of a race car driver, the relationship between man and automobile, the experience of being at the Speedway during the race-heavy month of May, and the women of the auto racing world. The vast majority of the book, however, is taken up by a section titled “Start Your Engines,” which features poems about every Indy 500 race (and many others as well), held at the racetrack from 1909 to ’95. The final section offers some miscellaneous poems, notes on other “poets of auto racing,” and reference citations. Most of Bobi’s poems are written in rhyming couplets, including “Father and Son,” which describes one of racing’s most famous families: “Two Andrettis talking away, / It was father and son on this Fifth day of May; / A gesture from Jeff, Mario gave a nod, / Would their chat get the problem resolved?” Throughout, the author provides some engaging uses of slant rhyme. However, the poems show no sense of meter, which lends a clunky, unfinished quality to the work. Much of it is narrative, but even so, there’s a lack of emotional depth to the verses that may leave the reader feeling more bored than invigorated. The prospect of reading 500 pages of poems about car race after car race may sound monotonous, and it is. And although the book is remarkable as a peculiar, exhaustive love letter to the Indianapolis Motor Speedway, it’s difficult to imagine even die-hard racing fans reading the entire book.

A tome of car racing poems, loaded with trivia but short on lyricism.