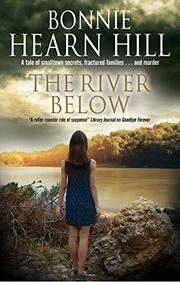 A tortuous tale of murder and madness.

Divorced environmental scientist Claire Barrett works for the river conservancy along with her friend, volunteer Tessa McCall. Claire’s trying to live with her guilt over a one-time sexual encounter with her longtime friend Al Paden that might have passed unnoticed if someone hadn’t called her husband to snitch on her, leading to their divorce. Claire’s daughter no longer speaks to her, but she’s kept up her friendship with Tessa and her lawyer husband, Eric. Now Tessa seems to be having a lot of worrisome memory lapses that are aggravated when first a badly crushed car and then a woman's body are discovered in the San Joaquin River near their workplace. Their boss, Rosemary Boudreaux, has always been hard on Tessa, who she thinks of as a "rich-bitch volunteer," and now the pressure she’s putting on her only worsens her condition. Rosemary has no love for Claire, either, because she’s a close friend of Al Paden’s ex-wife. While the police work to identify the dead body, Tessa tells Claire she saw a woman in an ice-blue dress near the river but can’t be sure it’s not a figment of her imagination. A gun found in the ruined car turns out to be a Luger like one Al owns. When Claire asks him to look for his, it’s vanished, possibly stolen in a robbery but certainly making Al look guilty to the police. Doing what she can to support Tessa, who seems to be getting worse, Claire can only hope the truth will help her friend.

This departure from Hill’s Kit Doyle series (I Wish You Missed Me, 2017, etc.) is less a mystery than a psychological thriller offering insight into love, friendship, and mental illness.