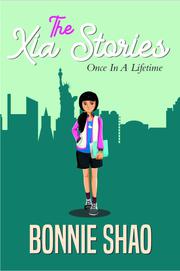 ONCE IN A LIFETIME

After immigrating to America with her family, a Chinese girl faces big adjustments in this debut middle-grade novel.

Eleven-year-old fifth grader Luolan Xia has a happy life in Shanghai. She has a loving family, which consists of her parents, Mama and Baba; her older brother, Lizhong (in sixth grade); and her 2-year-old brother, Ming Ming. She also enjoys school (even tests) and has a great best friend in Haiqing Xu. So when her parents announce that they’re moving to the United States, Luolan is shocked at the news and sad to leave Haiqing behind. The journey to Massachusetts is long and full of new experiences, not always pleasant. But on the flight, Luolan does meet Olivia Deacon, a friendly girl her age who just happens to be her new next-door neighbor; they’ll both be attending Andrew Jackson Middle School. On her first night in America, Luolan writes a list of four goals to accomplish: “1. Make three new friends. 2. Learn English. 3. Get people to like me. 4. Find a reason to call America ‘home.’ ” Obstacles include a mean girl, racist remarks, and old friend/new friend jealousy, but Luolan persists. A middle schooler herself, Shao delivers an accomplished tale, offering a voice that’s authentic and amusing. Commenting on an amusement park ride, for example, Luolan notes: “The Skydive Dragon was not very skydive-y.” Some coincidences are highly unlikely, and a bully’s newly displayed self-awareness is awfully sudden, but these flaws are outweighed by the book’s strengths. For instance, the author nails tween friend drama, often played out via text, and demonstrates the growing responsibilities of middle schoolers, including figuring out a class project.

Readers can learn a lot about resilience from this appealingly earnest but humorous hero.