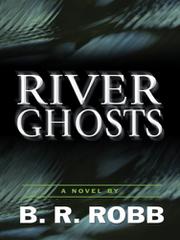 Which is right: the eyewitness testimony of an eight-year-old boy or exculpatory DNA evidence?

Sixteen years after Richard Hill testified in court that he crouched under the kitchen tablecloth and saw Henry Clayton rape his white momma and murder her and his black poppa, a DNA swab earns the prisoner a pardon and his freedom. Returning to Red River Falls, Clayton claims that he has been reborn and offers to help Hill, now a patrol officer, identify who really killed his parents. Hill, who relives the family horrors every day, doesn’t believe him. But how can he prove DNA evidence wrong? An ingrained distrust of everyone except Doria, the aunt who raised him, has led Hill to distance himself from his squad-car partner Jack Harter, and his mixed parentage has alienated him from members of both races. When he leans on radio reporter Sydney Brey for help, the search for truth puts Sydney on the railroad tracks as a train heads for her, leaves Auntie Doria bleeding on her bedroom floor and makes Hill the target of bands of good old boys with swastika tattoos. Ultimately, his childhood memories hold true but bring the disturbing possibility that the perfect science can be corrupted while racial enmity festers undercover.

The pseudonymous Robb, an attorney, writes with the chilling clarity of Alice Sebold. Read it and weep.