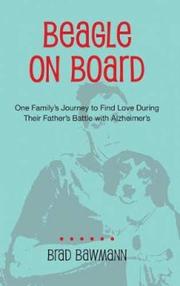 Bawmann’s debut memoir traces the course of his late father’s descent into Alzheimer’s disease, and the effects on the rest of family.

It’s an increasingly familiar problem—more people are living longer in the modern era, and many of those who make it to what’s called “old-old age” (85 years or older) will display symptoms of cognitive dysfunction. However, Bawmann’s father, Ronnie, was only 60 when his aberrant behavior became impossible to ignore. He had a history of depression, and was a difficult husband and father, the author says, even before dementia damaged his inner censor. Because of the resulting personality changes, his wife of more than 40 years left him. In early 2005, Bawmann received a call from his father, railing about his wife’s absence: “If she doesn’t come home, I’m going to kill her. I’m going to shoot her, then me.” It was a situation that the author had to manage from 1,000 miles away; he lived in Denver with his wife, son, and daughter, while his dad lived in rural Illinois. For the next few years, Bawmann and his younger brother, who lived in Boston, made frequent trips to deal with increasing crises. For example, in 2011, their father’s fixation on and harassment of an ex-girlfriend repeatedly landed him in court. As a result, he faced jail or commitment to a facility that could handle his illness. Bawmann has culled this memoir from journal entries that he kept during his decade-long ordeal, and it’s as much about the relationships between the various members of his family as it is about keeping his father safe. There’s more humor than one might expect in such a terribly painful and personal story, and the moments of sarcasm in Bawmann’s articulate, jaunty prose keep the pages turning. However, he doesn’t ignore his anguish: “The pain of his reprised toddlerhood is too deep. It can’t be excised from our souls. It haunts us like a nightmare with no end in sight.” Numerous family photos add context, such as the fact that Ronnie owned two different beagles, inspiring the title.

An edgy, unflinchingly honest remembrance, and a touching, useful guide to navigating a loved one’s dementia.