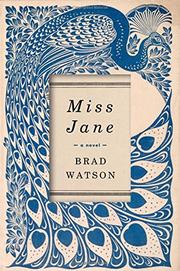 A woman born in rural Mississippi with a life-altering birth defect must learn to live on her own terms.

Western writer Watson (The Heaven of Mercury, 2002, etc.) composes a lyrical portrait of a woman based on his great-aunt, who was the subject of plenty of rumors in her own life. His fictional subject is Jane Chisolm, an otherwise normal child born with vaginal agenesis, a condition in which her sexual anatomy fails to develop. Because this is in the early years of the 20th century amid the poverty of rural Mississippi, there’s little to be done to improve the child’s condition. Her father is a drunk and her mother emotionally absent, so Jane is largely left in the care of her tomboy sister, Grace. Because her condition causes incontinence, Jane is isolated for much of her childhood. The only person who comes to truly care about her is her doctor, Eldred Thompson, who believes that Miss Jane Chisolm is special indeed. “Just as the way you are denies you some things, it also gives you license that others may not have,” he tells her. “In my opinion you live on a higher moral ground. I mean to say you are a good person.” Watson’s writing is dry as kindling, but in reducing his aunt’s story to its most primary elements, the author also captures the simple things that bring his character joy—the delight she experiences at a community dance or a picnic with the kindly doctor are all tiny moments of tenderness in a life largely marked by isolation. If the novel has a flaw, it’s a lack of traditional drama. Jane approaches life with quiet determination, so her acceptance of her own limitations ultimately becomes a strength and not a weakness.

A well-written portrait of a person whose rich inner life outstrips the limits of her body.