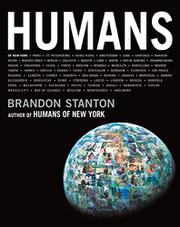 The creator of the hit internet series Humans of New York takes it global, chasing down a panoply of interesting stories.

In 1955, Edward Steichen staged a show called “The Family of Man,” a gathering of photographs that emphasized the commonality of humankind. Stanton’s project seemingly has much the same ambition. “You’ve created this magic little corner of the Web where people feel safe sharing their stories—without being ridiculed, or bullied, or judged,” he writes. “These stories are only honestly shared because they have a long history of being warmly received.” The ask is the hard part: approaching a total stranger and asking him or her to tell their stories. And what stories they are. A young Frenchwoman, tearful, recounts being able to see things from the spirit world that no one else can see. “And it’s been a very lonely existence since then,” she says. A sensible teenager in St. Petersburg, Russia, relates that her friends are trying to be grown-up, smoking cigarettes and drinking alcohol, whereas she wants to remain a child close to her parents: “I’d like these times to last as long as possible.” A few stories are obnoxious, as with a Dutch incel who has converted himself into a pickup artist and outright cad: “Of course it’s manipulation, but why should I care? I’ve been manipulated so many times in my life.” A great many stories, some going for several pages but most taking up just a paragraph or two, are regretful, speaking to dashed dreams and roads not taken. A surprising number recount mental illness, depression, and addiction; “I’d give anything to have a tribe,” says a beleaguered mother in Barcelona. Some are hopeful, though, such as that of an Iranian woman: “I’ve fallen in love with literature. I try to read for one or two hours every day. I only have one life to live. But in books I can live one thousand lives.”

A lovely, sometimes challenging testament to the universality of human nature.