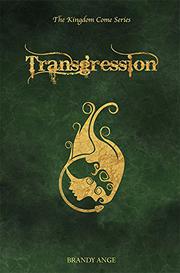 A teenage girl learns that she’s part angel in this debut YA fantasy.

Sixteen-year-old Achaia Cohen thinks that she and her father, Shael, move around so much because he’s a writer who’s always on assignment. It’s actually because he’s one of the Nephilim—the guardian angels of God. Years ago, his charge had been U.S. Sen. Anna Connolly, as per God’s plan, but they fell in love and had a child. After a demon killed Anna, Shael traded his angelic soul to Lucifer for the chance to raise Achaia, the only human/Nephilim hybrid in existence. Now, in New York, Shael continues the difficult task of protecting his daughter, who’s unaware of her lineage, from evil forces. As demons stalk the pair, Shael enlists his angelic colleague, Naphtali, for added defense. More aid comes in the form of several Nephilim disguised as high school kids: Noland, Olivier, Yellaina, Emile, and Amelia. They help Achaia settle into school and city life while keeping their angelic superpowers (and wings) hidden. Still, Achaia feels like a hostage, as her father is always afraid for her safety. Then Shael vanishes, and Achaia must confront the truth about her background. For this series opener, Ange sculpts a heroic teen saga in the mold of X-Men comics, substituting a speedster (Olivier), a firestarter (Noland), and a language expert (Yellaina) for the latter’s mutant heroes. At one point, she appealingly nods to the supreme deity’s cultural malleability: “Today, God appeared as a tall man wearing white robes, his skin changing colors in ever-shifting hues of black, white, olive, and maple.” The imagery is often graceful, as well: “Shael sat silently, letting [Lucifer’s] words meet him like the tide on the beach.” The concept of free will weaves its way into the action-oriented plot, which also includes romance elements; Achaia’s half-human nature allows her to make decisions that her full-Nephilim cohort can’t, and following one’s heart is shown to be more important than strict adherence to heavenly mandate. Ange leaves all the pieces in place for a grander sequel.

A dark and inviting supernatural thriller.