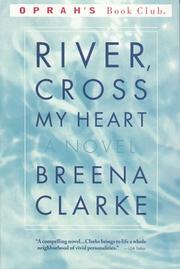 An anemic first novel so well-intentioned that it’s almost painful to point out its myriad deficiencies. In the mid-1920s, Willie Bynum and his wife Alice have moved from North Carolina to Georgetown, D.C., in hopes of a better life for themselves and their daughters, Johnnie Mae and Clara. They warn the girls never to swim in the Potomac River, but ten-year-old Johnnie Mae goes there anyway with a group of friends, and five-year-old Clara accidentally drowns. The novel’s focus is blurred; Clarke can—t seem to decide if the story is about the aftermath of a drowning, Johnnie Mae’s coming of age, or the struggles of an African-American family new to the ways of the city. Unmemorable, underdeveloped characters come and go: a white woman who employs Alice; neighbors and relatives; an almost-mute girl Johnnie Mae befriends. Far too mature for a girl of ten, Johnnie Mae discovers swimming and suffers racial prejudice when she enters a competition. To demonstrate her independent mind, she and a friend sneak into a segregated pool to swim in the dead of night. None of these random events ever come together, though, and the significance of the birth of a baby boy to replace the dead Clara is never explored. Meanwhile, several chapters are little more than filler; late in the story, a beautician and her doctor admirer take up several pages, then fade away. We—re told that Johnnie Mae’s true father is a North Carolina Indian named Sam Logan, but this fact proves to be a red herring and is never utilized. Action is sparse, and the author lacks the linguistic facility necessary for a novel of ideas—not that there are many new ones here. Clarke’s one strength is her use of seemingly authentic period details. Otherwise, an only fair-to-middling effort.