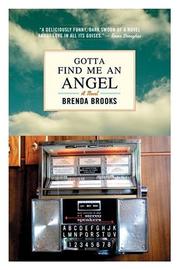 GOTTA FIND ME AN ANGEL

The nameless first-person narrator is in a state of mourning for her first love, Madeline, who died at age 14. So comfortable is the narrator with her self-imposed exile from romance, and so accustomed is she to silently narrating her life to Madeline’s ghost, that she does not notice that after close to 20 years her mourning has suddenly become darker and more despairing. The narrator reads signs of Madeline’s presence everywhere, and because she is a projectionist at a movie house, she experiences almost everything as though it were a scene in a movie, or as though it had a soundtrack. What the narrator cannot see is that her grief—as well as her habitual references to popular culture to explain how she feels—is slowly separating her from real experience. Two women, her housemate Billie, an exasperatingly talkative and self-deluded poet, and Julia, a serene and self-possessed artist, refuse to desert the narrator. In fact, as she becomes more emotionally remote, they dedicate themselves to helping her make meaningful human connections. Eventually, even the narrator’s annoyance with Billie, whose extroverted emotional life make the two women mirror opposites, grows into something like grudging affection. And with Julia, she is again able to feel romantic love. But when Billie and Julia, despite their tolerance, leave the narrator, it opens the way for an understanding that losing loved ones is an occasion for growth. All ends well, if unconvincingly. Though the plot is relatively dark, it is enlivened by Brooks’s colorful depiction of the secondary characters; drawn in bold strokes, they gain dimension as the narrator realizes their importance to her. Also noteworthy are the dozens of references to films and music (Brooks provides a list of songs meant to be used as a soundtrack for the novel); they are neatly incorporated, resonant without being distracting.

Unlikely but successful combination of light humor and introspection.