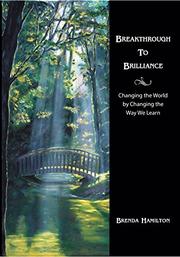 In this erudite but quixotic debut, Hamilton offers a blueprint for franchised learning centers aimed at supplanting traditional schools and revolutionizing society. Physically, her “prepared learning environment” blends elements of libraries, museums, theaters, fitness clubs, and shopping centers to create what she calls a “mall for the mind”—storehouses of knowledge categorized into 33 “loggia,” or galleries, around a central atrium. A bucolic campus features organic farming, unspoiled woodlands, dormitories for students, an inn for visitors, and cottages for seniors, who serve as mentors. Functionally, it abandons regimented classrooms, curricula, and tests that Hamilton persuasively argues suffocate youngsters’ inborn thirst for discovery. According to her plan, learners set the focus and pace of their own studies. She writes that she received this vision while observing her own two children as babies in 1968. After decades working as a teacher, earning a master’s degree in educational administration, and serving on a Tennessee state school board, she gave up on reforming the existing educational model to invent a new one. Here, she deploys a wealth of pedagogical research in the main text and a feast of on-point quotes in the margins. She skewers the status quo with clear examples, cogent analysis, and gentle humor. As she describes her alternative, her prose acquires a dreamlike quality; indeed, she paints scenes so idyllic that they may seem unattainable to readers lacking her passion. Learners “will never feel a single moment of boredom,” adolescents in the dorms “are up early and to bed early, and “ ‘Havenotness’ will become a distant memory of our culture.” Building even a single prototype appears daunting, though she makes a reasonable feasibility pitch. Imagining these centers replacing more than 129,000 K-12 schools in the United States, though, is harder. Unlike the current 98,000-plus public schools, center memberships would be conditional (“based upon training and proven mastery of the two rules of respect and order”) and available to children of all ages. Overall, though, it’s difficult to conceive of them as ever being more than luxury alternatives. For society to embrace such educational autonomy, an absence of grades and standardized credentials would seem as much a precondition for their growth as a result. Still, her remedies shed light on many current problems.

This insightful, often charming book has much to offer anyone seeking to improve how learning occurs, whether one shares Hamilton’s vision or not.