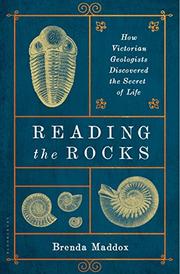 How Victorian Geologists Discovered the Secret of Life

The word “scientist” is Georgian, but the scientific habit of mind is Victorian—and quite British, as this popular history ably shows.

Award-winning biographer Maddox (Freud’s Wizard: Ernest Jones and the Transformation of Psychoanalysis, 2007, etc.) nicely blends literary and scientific biography in this study of 19th-century British geology and its practitioners, some of them poets as well as naturalists. Against the modern backdrop of evolution denial and the 6,000-year-old Earth, Maddox notes that the science had “been introduced at Oxford expressly in order to prepare the many students about to enter the Church to defend religion against science.” Indeed, she adds, some of the foremost early British geologists were clerics, not least among them Charles Darwin. The revolutionary central ideas about the Earth that Charles Lyell, James Hutton, Mary Anning, Louis Agassiz, and other early scientists formulated or added ammunition to were not just that Earth was unfathomably old, and far older than the biblical genealogy of Archbishop James Ussher—the one creationists now follow—could permit, but also that “all matter is atomic” and that all things evolve through processes of natural selection. Reading the rocks, as Maddox’s title would have it, reveals as much, but geology also gave material support and inspiration to scientists in other areas, including Darwin. Writing in accessible if sometimes overly dutiful prose, the author observes that the rise of these sciences helped bring the Romantic era to an end, for “no one cared about an individual perception but rather knowledge that could be exchanged as data and, as in scientific practice, duplicated and replicated.”

Maddox’s investigation lacks the dazzling heft of John McPhee’s Annals of the Former World (1998), but it makes for a gentle introduction to early modern natural history, one of the last eras in which a gentleman (or gentlewoman) scholar might ever hope to have a solid grasp of every branch of science.