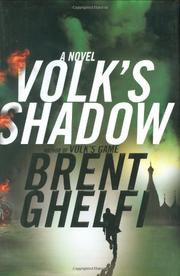 Vladimir Putin’s Russia proves to be as dangerous and terrorized as the former Soviet state in the undeclared war for control of the world’s energy and the balance of power.

Continuing the adventures of cynical but ultimately very moral Russian army Colonel “Volk” Volkovoy that began in Volk’s Game (2007), lawyer-turned-thrillmeister Ghelfi throws his hero immediately into the chaos of what is assumed to be a Chechen terrorist attack on an American oil company’s Moscow headquarters. The superbly fit Volk, whose titanium foot replacement contains a hidden knife-cum-survival kit, follows his general’s orders to charge in and rescue the hostages still held by the terrorists, letting the chips fall where they may. The terrorists, instead of being surprised by his swift intervention, know exactly where and when to expect him. It’s the first instance of treachery in a long string of events that lead Volk through bordellos and basements in Moscow to the rebel-held mountains of Chechnya, juggling two and three crimes at a time and pining for his absent love Valya, a half-Russian half-Chechen beauty—she is not only as tough as Volk, she’s also an amputee. The criminal investigations involve the possible reappearance of a long-missing Fabergé Easter egg; the kidnapping of a 12-year-old girl; far too many removed eyeballs; and a Russian massacre of Chechens that was caught on camera. Volk is not completely alone in his labors; he has a network of friends who have not bought into the cutthroat new world of state-controlled capitalism. But his enemies are ruthless and inventive, and the money that is flowing into Russia from its sales of gas and oil is beyond the dreams of John D. Rockefeller. It would all be too much if Ghelfi weren’t such a master at painting a modern Russia so dark and scary that it would give Stalin pause.

Confusing and murky but ultimately quite thrilling.