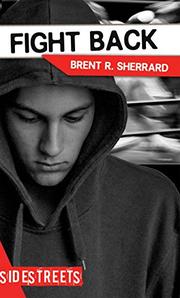 A boy who has survived years of neglect and abuse get his chance to fight back by becoming a boxer.

Tyler has never been hugged, never known love. His dad gave him a bike when he turned 7 but them mocked him and took it away. His mom left when he was 11, taking his sister but leaving him with his abusive, alcoholic dad. He copes by turning his rage on bullies. He moves in with his neglectful grandmother but is arrested for fighting one night, so his grandmother kicks him out. From here he finds himself placed with a wise middle-aged couple who have foster-care experience. He eats his first good food and learns that his foster dad, Wayne, used to be a boxer. Wayne begins to teach the enthusiastic Tyler, who appears to be a natural, eventually getting the chance for some real amateur bouts. That’s when his past starts to bite, and Tyler realizes that he must overcome the insecurity his father instilled in him before he has a chance to win anything. Sherrard keeps his characters and his story simple, allowing Tyler to relate events. His choice of boxing as a subject allows him to portray a boy whose emotions begin to mature along with his athletic skills.