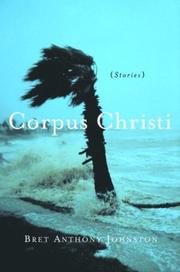 A debut collection of ten stories, mostly set in Texas.

The world that Johnston brings us into is at once familiar and oddly surreal, for the author writes with great attention to detail and nuance—and with an apparent inability (or reluctance) to create a coherent narrative that could allow one to understand why a particular story is being told. The resulting portraits are not stories so much as sketches. In the title piece, for example, we are introduced to a number of characters in a Texas psychiatric hospital—a soldier who savagely beat up someone from his platoon for mocking his fondness for comic books, a woman who sank into depression and despair after losing her unborn child in a car accident—but we learn little about them beyond their afflictions. Similarly, in “Outside the Toy Store,” we see something of a jilted husband’s quiet grief when he meets his ex-wife (who abandoned him as his daughter was dying)—but not enough to impart any recognizable shape to the tale. “The Widow” is a snapshot of an old woman’s life as she visits a funeral home with her son to plan her upcoming obsequies, while “Anything That Floats” follows the plodding steps of the wife and son of a dying man as they move in and through the hospital where he’s undergoing a doomed bypass surgery. The best entry here, “Bird of Paradise,” is a teenaged boy’s reminiscence of his introduction to the adult world of infidelity, jealousy, and revenge as acted out in the home of his classmate’s father—but it, too, suffers from the same emotional flatness that blights the rest of the collection.